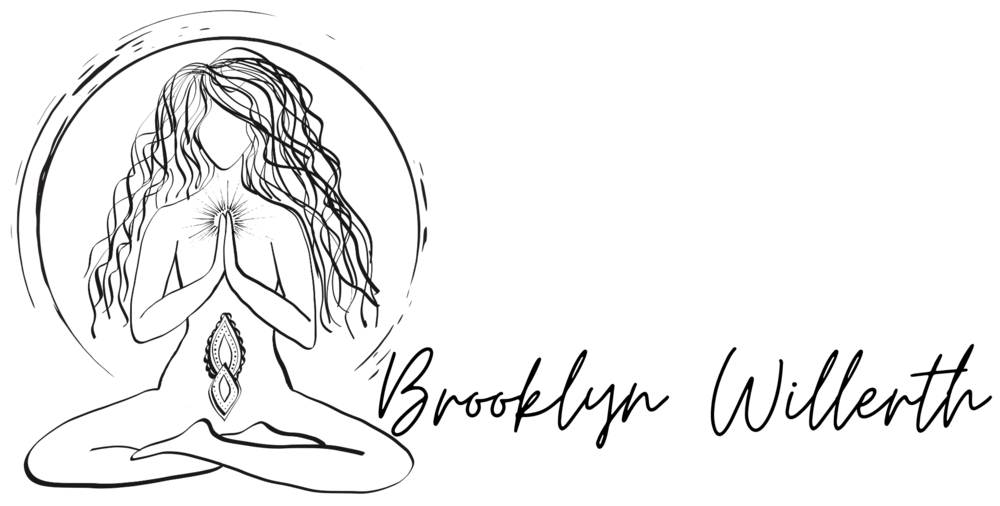 How Unconscious Patterns are Shaped in Child and Teen Years 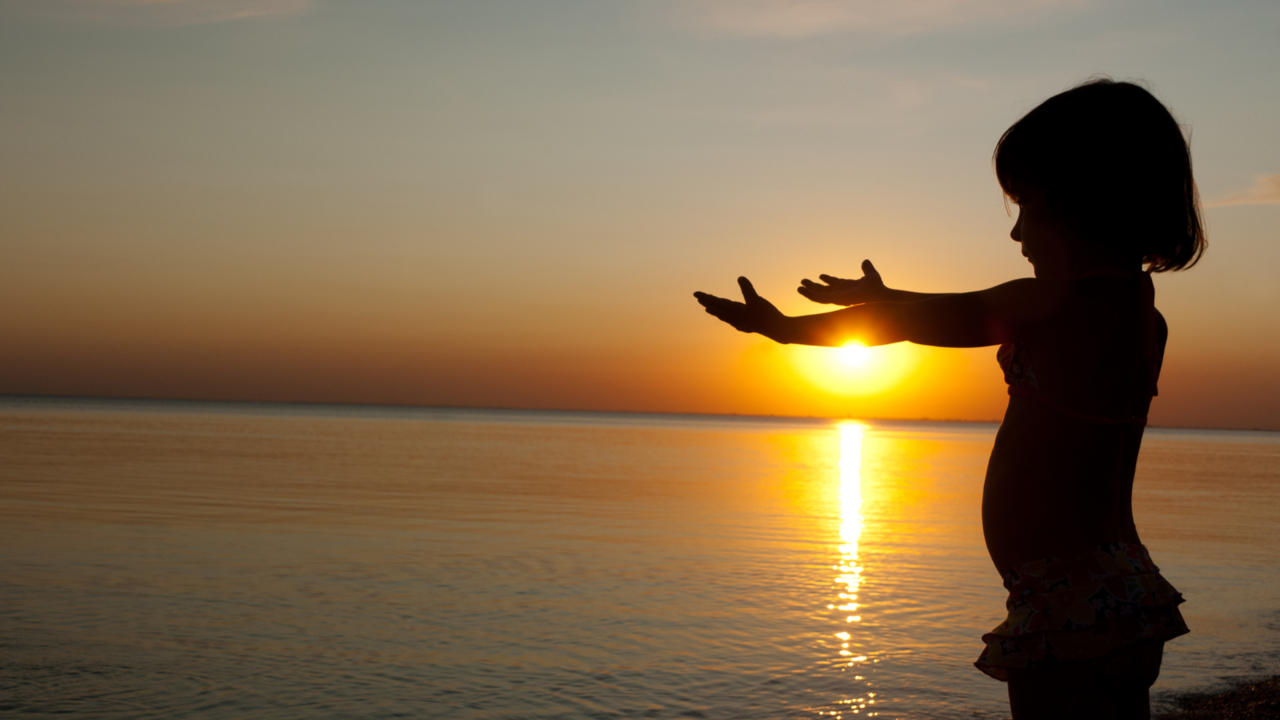 My main mission lately has been that of self-discovery. I've been asking my inner child to bring anything and everything that may be affecting me unconsciously to the surface.

She's done a beautiful job of showing me all kinds of memories I've suppressed and forgotten.

One particular memory has stood out...

Shaping our Reality in Childhood

Before I tell this story, I think it's important to start with a bit of a reminder.

When we are children, we are discovering the world.

We learn "right" from "wrong", we are taught what is "normal" and "acceptable" based off of our family's religion and culture, and our belief systems are shaped.

As we grow older, we may start to break free and create other beliefs too, but until we are in our late teens, or early twenties, our realities and belief systems are still very malleable.

As young teenagers, we are trusting, believe what we are told, and can be highly influenced by our peers.

During this same period, we are discovering our bodies, sexuality, desires and virtually everything about ourselves.

Ultimately, what we are told at this time in our lives can shape the person we become as adults.

It is beautiful that we get to discover so much about ourselves as young adults, but there is one little problem with this.

Many of us have experiences that create negative self-talk and self-harming patterns as we move into adulthood.

For example, when a young woman is beginning to discover her sexuality, a young man might say that she was "too wet". The man may not have known better, or even understood sexuality, but that can cause a lasting insecurity in that woman.

Coming into adulthood, she may feel uncomfortable about her sexuality or like something is wrong with her, simply because of one comment someone made.

If we are not educated on what is normal, healthy and natural, we can spend a large period of our lives feeling like there is something wrong with us.

Back to the Story

First off, I have been in that situation where someone told me I was "too wet". It actually was shared to an entire group of my peers, by a guy that didn't even touch me, who said "she got wet like a waterfall".

Let's be real, being wet like a waterfall is a magical thing, but as a teen, I didn't know that. That particular comment caused fear and insecurity for years to come.

This example wasn't the story I wanted to share, because he hadn't really touched me, so it was easy to move past that fear when I started to really understand how sex worked.

Rather, the story I wanted to share actually did have a lasting impact. Until my inner child reminded me of this a few weeks ago, I was unconsciously living out an old story.

"Peeing is Gross and a Real Turn off"

I was very interested in some silly teenage boy, who clearly wanted nothing to do with me, but I wanted him.

One late night, I felt lucky to have been sneaking out of a party with him when I said I had to stop and pee. We were out in the middle of a field, with a few cars and bushes around.

He said he also did,  but that he wanted us to stand far away from each other so that he couldn't hear.

He then said "the sound of girls peeing is gross and a real turn off".

I don't remember what thought process I had in that moment, but I know that it shaped my life for the past 7 years.

The peeing story seems like no big deal, but if I'm being fully honest, it was.

To this day, I think every single time I was around a boy that I liked, I was afraid they would hear me pee and somehow become uninterested.

I hated when a guy had a bathroom attached to his bedroom because I thought that he would hear me and would like me less.

I had forgotten where that thought process had originated but I had unconsciously played out that SAME STORY for 7 years.

This story may seem like a bit of an exaggeration, like I am blowing up something so little, but the truth is that we are all acting out of unconscious patterns.

It may not have a big impact in your life, but most likely, someone said something to you as a young adult that you are still playing into today.

It's easier for me to speak to the experience of women because I've found a lot of common unconscious beliefs in my own life, but this can happen to any of us.

It's the normal, natural aspects of being a human that either society, a friend, family member or peer paints as being unnatural.

For women, you may have been told that your period is gross, dirty or needs to be "handled".

You may have been told that your perfect pussy was too loose, too wet, too big, too small, long, short, smelly, or any other combination of lies.

For men, something as common as saying "boys don't cry" can have a lasting impact.

For any gender, a simple comment from a parent saying that touching yourself is inappropriate can spiral into sexual shame as an adult.

All of these natural parts of being a human can be presented as a fault. When we are young, we can take these into consideration when we build our identity, and then limit our full human expression accordingly.

As you read this, a particular comment may have come to your memory. If it did, you're actually in luck.

The process of rewriting those beliefs and breaking unconscious patterns starts with an awareness of them.

We have to know what is lurking under the surface before we can run at it with full force.

There is a saying that you don't know what you don't know and this rings true to patterning. When we bring awareness and start to know where we are acting out of an unconscious belief, we can begin to shift it into something that benefits us.

What to Do When Nothing Comes to Mind

There's a chance that as you read this, no pattern, incidences or events come to mind. That is not to say that nothing happened, but there may be a chance that there are things hidden beyond your conscious awareness.

There's a gentle warning here, because it can be hard to look into events of the past, especially if they have been "hidden" from your current awareness.

Be kind to yourself as you explore, and understand that you will never be exposed to anything you can't handle.

I had gotten to the point where I had explored the majority of incidences that I had remembered, and knew there were things lurking under the surface.

To create a space for your inner child to begin to show you the past, I recommend trying a few things.

1. Create a sacred space, with the intention of letting your inner child show you whatever it needs to.

2. Sit in meditation, call in your inner child and ask them to show you what they feel they need to.

3. Do this repeatedly, as it may take a while for anything to come through.

This process can be enhanced with tools like breathwork, plant medicine, or even sensory deprivation tanks.

For me, it didn't happen right away. Despite trying medicine ceremonies, breathwork and every other practice under the sun, nothing would come when I was looking for it.

Rather, my inner child prefers to drop in little reminders throughout the day, when the pressure is off. I'll be in the shower, or making lunch, or just sitting at my computer and get slapped with a reminder.

However your inner child decides to communicate with you is perfect. Create the space, be patient and things will happen exactly as they need to.

Everything is Exactly as it Should Be

Every single thing about you is perfect, exactly as it is. If you are like myself, and was told at one point that something natural was gross, unsexy, disgusting or dirty, you are not alone.

You also don't have to carry that belief anymore.

You have the option to choose the belief systems and realities that you want to live in.

I honor you for stepping into your power and claiming the reality that you want to experience.

This journey isn't meant to be a struggle, it's supposed to be that of joy, gratitude and reverence for life. We aren't meant to suffer every day, we are here to live in the full expression of this human, physical form.